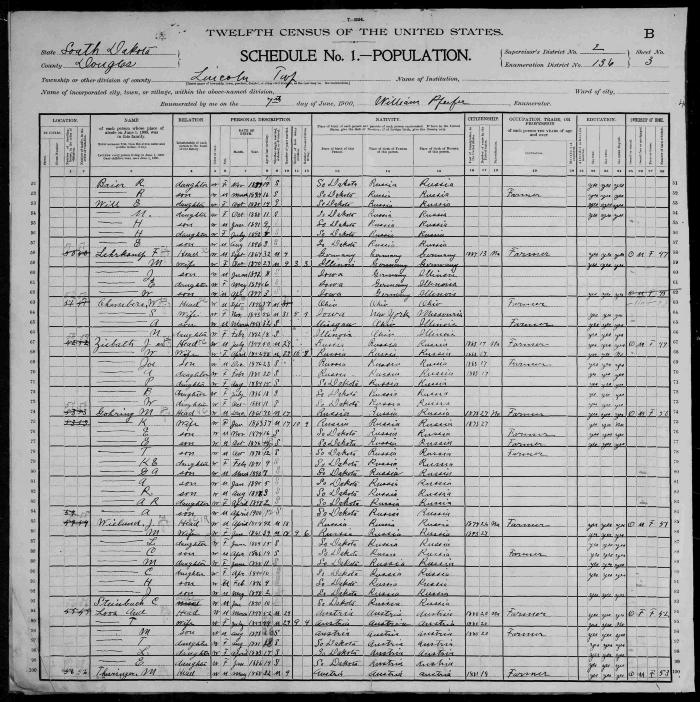 This is the only census I can find him and his family in, there should be more. He immigrated in 1880, so he might have been in the 1880, but for sure the 1890 census. Theresia Thuringer would have been his third wife, that is, that I know of. His others were, Magdelena Heiling who passed away before 1880 and is buried in Austria. Second was Katharina Tischler who died in 1881, shortly after they moved here. She is buried right next to Andreas and has her own, beautiful headstone.

Note: Theresia Thuringer, this is her second marriage, I have no idea who her first husband was, but they are the parents of Michael Loos, I assume Andreas took him as his own at the time of the marraige.

Some of this information may never be straightened out.